Trailers and Videos. Crazy Credits. Alternate Versions. Black Box Rate This. Season 1 Episode 9. All Episodes Director: Tricia Brock. Use the HTML below. You must be a registered user to use the IMDb rating plugin. Photos Add Image Add an image Do you have any images for this title? Edit Cast Episode cast overview, first billed only: Kelly Reilly Catherine Black Ditch Davey Ian Bickman David Ajala Will Van Renseller Ali Wong Lina Lark Laura Fraser Reagan Black David Chisum Joshua Black Siobhan Williams They discuss the context of the May 14 massacre of Palestinian protesters in Gaza, the political situation between Israel, America and Palestine, and the future of the Palestinian people.

Faris out lines all the ways a slim democratic majority could and should shortcut norms and the constitution to build enduring power, while Will and Virgil supply all the reasons they'll probably be too chicken to actually do so. Finally, a reading from the good book. Buy the book:chapotraphouse. Matt is joined by the Revolutions Podcast's Mike Duncan to discuss , Louis-Napoleon and his modern-day equivalent, what we can learn from history, and the future of revolutions.

It's been a miserable and grim week in terms of the news so we brought Chapo fam and extended universe associate Brendan James back and after a long shaggy dog story about Virgil and Matt going to a video game expo at NYU seriously the real show starts at , we wade into the badness and discuss the massacres carried out by the IDF in Gaza, and the ever-increasing complicity of America's media and elected officials in accelerating it.

Yes, friends, buy our book. Pre-order the book here:chapotraphouse. We take a moment to salute the life and achievements of Sen. John McCain, and then are joined by comedian Jake Flores feraljokes to hear all about his run-in with the Department of Homeland Security. It's a real throwback ep as the original Dry Boys record the way it all started to discuss the idiotic non-controversy around the White House Correspondents Dinner that has consumed media discourse over the last week.

They discuss restorative justice, the criminalization of homelessness, dismantling the school-to-prison pipeline, and those strange burritos they eat there. Virgil sits down with Dan Canon, candidate for Congress in Indiana's 9th district. They discuss Dan's background as a civil rights attorney litigating some cases you -may- have heard of, his thoughts on dismantling ICE, and his plans to defeat the millionaire failson Republican he intends to run against.

Zuckerberg gets grilled by congress about the REAL problem with the FacebookSubscribe today for access to all premium episodes! Then we go through Atlantic Magazine editor in chief Jeffrey Goldberg's week of triumph: first grilling the new crown prince of Saudi Arabia on how Hitler is the worst thing you can be, his hilarious shit-canning of abortion survivor Kevin D.

Williamson, and finally his childhood of being bullied by the Irish. A very tired gang prepares to return home from their West Coast conquest and takes listener questions culled from the Chapo subreddit. The boys make use of Jack Wagner and Brandon Wardell's podcasting compound in one of our dumbest episodes yet because John Bolton is going to kill everyone.

Then we're joined by Shuja Haider to go through all of Jordan B. Peterson's 12 Rules for Life. The Spice Must Flow - We look at a new paper that claims reviving overdosing heroin users is a moral hazard because it encourages junkies to just do more heroin. Father-We finally peel away the layers of rumor and intrigue and get to the bottom of Will's secret family history with the help of his father, Daniel Menaker - Felix brings us Dana Loesch's Harsh Normie Tweets, and we examine the link between normie-ism and fascism - Finally, Dennis Prager complains about how liberals complain too much to be happy.

Tix for West Coast Tour available at chapotraphouse. We begin by taking a look at the wide world of sports before talking about the new movement that's sweeping the nation: the United States of Care. The whole gang is re-united for this one, but first Felix must confront and defeat the final boss of Rockabillys before we reach the next level.

Then, after a totally normal and planned break, we discuss the highs lows of Superbowl and its commercials. And finally Megan McArdle gives us 12 rules to live by. An extra treat for you this week, Virgil interviews Kaniela Ing, Hawaiian state legislator and democratic socialist running for the U. House of Representatives. They discuss his beliefs, his campaign, and his feud with Mark Zuckerberg.

The Dukes of Hazzard - Wikipedia

Will, Felix and Virgil are joined by The Intercept's Ryan Grim to discuss his and Lee Fang's reporting about how the Democratic Party creates and reproduces itself through big money and consulting at the expense of potentially winning candidates. Due to the government shutdown Amber and Matt have been furloughed so Will, Felix and Virgil take the show in a strange new direction We also give our congrats to this weekend's winning NFL teams. We're joined by Alex Pareene of Splinter to discuss Shithole week, and the immigration deal the Democrats were ready to cut. Also, the House passing the extension of the NSA's warrantless surveillance program, the barbaric new work requirements for Medicaid in states like Kentucky, and what would have been the epoch defining scandal of another timeline. 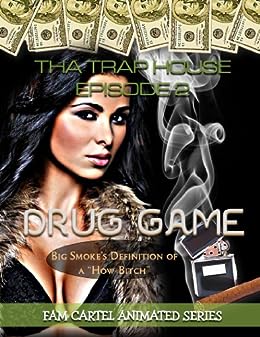 In our reading series we pay tribute to the Tarfu Report by dipping into David Brook's latest with Alex. This week we talk the latest messy bitch media gabfest about the Trump Administration contrasted against the opening of much of the US coastline to offshore drilling. Then we have a laugh about the new Philly DA Krasner firing a whole bunch of prosectors. Matt gives us the rundown in the big Intercept interview with James Risen, and takes a trip down memory lane to the Plamegate fiasco. Join us for the second installment of Labor Now, brought to you by Jacobin and Verso, January 18th, 7 pm at Verso books.

A look back on the epic garbage dumpster trash shit tire fire year that was featuring some of our favorite moments, some new commentary and a special guest appearance from Brendan. Happy New Year! Felix shares his sex fantasies about Robert Mueller.

Subscribe to get more content like this today! Virgil takes a much deserved victory lap and dances in the end zone, stunting on Matt and all the haters. This week we talk to Young Turk and Bernie surrogate Nomiki Konst about the DNC unity commission and its proposed reforms to the Democratic primary system, discuss the horrific Daniel Shaver murder video and the general problem with the cops, then lighten the mood by examining the savage AF super lit teen YouTube sensation Jake Paul and close by putting our own Virgil Texas' disdain for tap water to the test with a blind water tasting.

Matt, Will, Virgil and Felix ponder the tax bill and many reasons for despair. Then, they lighten the mood by talking about Jared's bar mitzvah at the Haim Saban forum and a new behind the scenes look at our president's fast food based diet. Plus Trumpy Bear. This week we discuss the Sebastian Gorka profile in Recoil magazine with the man himself, who calls in to let us know a few more items in his everyday carry.

Then we discuss about another brain dead tweet thread from Resistance member and Brookings senior fellow Benjamin Wittes, and trigger Felix by breaking down Thomas Friedman's latest press release about M. In this week's episode we consider the Coen Bros worthy, father-son kidnap caper of Michael Flynn Jr. In episode , we dive deep into Donna Brazile's new campaign tell-all "Hacks" with David Roth and discover some extremely funny Democrat names.

Matt receives feedback from patriots about his Nov. Sorry for the delay, we were busy preparing our Halloween costume as the NAtional Debt. We talk about today's dud Russia news and a genuinely good piece in the Atlantic about Third Way weirdos. We also ask, what if Obama was the Joker A full Chapo Trap House house discusses: the magical shoe-based Adam Sandler film 'The Cobbler', a fallen meme warrior, a stolen valor update, and war-game a possible US vs. Iran conflict. Brendan, Will and Matt imagine the Baseball Crank in an anime. Then the gang talks to Patton Oswalt about the Szechuan thing, explore Patton's Lovecraft obsession, and pitch a pedophile Die Hard movie.

Naomi Klein comes by to talk shock, climate, resistance, and how smart we are. We then do a reading of Peggy Noonan's column, written while she was high on anesthesia. Ted Cruz James Adomian calls. Then they talk about political cartoons, I barely had time to edit.